There has been a capital allowance case to determine whether a facility for drying, conditioning and storage of grain is a “silo provided for temporary storage” within the meaning of Capital Allowances Act 2001 (CAA2001) s 23 List C and whether this facility is a “plant or machinery” within the meaning of CAA2001 s 11(4)(a).  The First-tier Tribunal (FTT) found that the facility was a silo for temporary storage and therefore qualified as plant and machinery.

Mr Stephen May (the taxpayer) required a facility to operate a business of grain production for sale to local farmers and feed mills. In 2011, he instructed Matthew Croker Steel Framed Buildings to construct this facility to serve the purpose of drying, cooling and conditioning the harvested grain and storing it until it was sold. A claim was made for capital allowances under Part 2 CAA2001 in respect of the expenditure incurred in the construction of the facility. HMRC refused the claim for capital allowances and considered the structure of the facility was a ‘building’ rather than a ‘silo’. HMRC decided that only some 20% of the total amount claimed by the taxpayer was eligible for capital allowances. The taxpayer successfully argued that the facility was in fact a ‘silo provided for temporary storage’, under CAA2001 s23 List C item 28 and therefore qualified as plant and machinery.  The total expenditure in dispute was quite modest at £238,912.

Whether the facility is a ‘silo’

The FTT conducted an on-site visit to inspect the facility and had dialog with the expert witnesses. The FTT found that the facility was simply an ordinary silo, which is a large steel framed shed with a concrete floor, where piles of grain were lying on the floor. At the time of the visit, three types of grain were stored in the facility, wheat, barley and oats. The wheat and barley were separated by a permanent concrete wall running down the middle of the interior of the structure, and the barley was separated from the oats by a movable barrier. Inside the structure, each pile of grain has the tops of pedestals protruding from its surface; with each pedestal has a fan assembly on its top, which draws air up through the pedestal to removed moisture from the grain.

There was no statutory definition of ‘silo’ in the legislation and therefore the FTT considers that the Shorter Oxford English Dictionary definition of ‘silo’ would include a building built for the purpose of storing grain. Following the site visit, the FTT is satisfied that the facility is a “silo” because it was specifically designed and built not only for the storage of grain, but also used for the process of drying grain after it has been harvested and maintaining it in an optimum condition such that it is fit to be sold (i.e. it was not suitable for livestock, machinery or forage storage).

Whether the facility is provided ‘for temporary storage’

There was no statutory definition of ‘temporary’ or ‘temporary storage’ in the legislation. The taxpayer argues that the facility stored grain for a maximum period of up to 10 months every year, between being harvested and being sold, is ‘temporary storage’. HMRC argue that storage for such a period is long term, and is not “temporary”.

The FTT considers that the taxpayer’s business is not the storage of grain but growing of grain, and the selling of the grain that he grows. The storage of the grain is merely one part of the process by which that business is conducted. The taxpayer knows from the outset the periods in which the grain will be stored, and the periods in which the sales will take place. Additionally, it is known in advance that the facility will be empty for 2 months to allow for cleaning before the next harvest cycle every year. This in itself is an impediment to indefinite storage, or storage for a period longer than some 10 months.

Whether the facility is ‘plant or machinery’

The FTT found that the facility as a whole qualified as plant and machinery because it was designed to perform one particular function within the overall activities constituting the taxpayer’s business, which is the active function of drying and conditioning grain was not performed simply by the moveable items located in the main structure of the facility. The power floated concrete floor, the thicker than normal concrete walls and the air inlet and exhaust fan located on the walls was integral to the success of the process and constitute the business apparatus.

The FTT is satisfied that the facility as a whole is kept for permanent employment in the taxpayer’s business and performs an operation that is essential to the conduct of that business, namely drying and conditioning the grain.

HMRC in general do not like claims for buildings or structures. Historically there has been some success for structures to be allowed as plant such as the dry dock in Barclay Curle, the swimming pool in Cook v Beach Station Caravans and a grain silo in Schofield v Hall. HMRC do give some guidance in their manuals at CA 22050. They do also provide guidance that glass houses can be plant as manual CA 22090. However in the last 20 years the goal posts have shifted in HMRC favour following the decision to refuse allowances on plant for a car wash enclosure in Anduff and an underground electrical substation structure in London Electricity. Their position is further strengthened by the specific legislation introduced in s21-22 CAA2001 which defines excluded expenditure. Curiously the rejected cases do not seem to have been mentioned in this decision.

On first reading of this case it seemed an odd case for HMRC to pursue given that there has been a successful case previously regards silos and they are specifically referred to in legislation.  However this was not a free standing metal silo, if one was standing inside it would look more like a building. Having said that one’s sympathy for HMRC quickly erodes as their internal capital allowances specialist was not acting in the spirit of fairness while working at HMRC.

The HMRC internal capital allowances expert Mr Doodney, noted in his witness statement that while he worked for HMRC up to 2015,

‘Internally within HMRC he expressed the view that there was merit to the claim, but he produced a report stating that the expenditure did not qualify because he was told that it was HMRC policy to’hold the line’ that such structures did not qualify’.

He then switched sides from HMRC in 2016 and actually then helped the tax payer in this case, a sweet case of game keeper turned poacher. He basically argued HMRC did not have a grain of salt in rejecting this case. It therefore seems an odd case and the quantum is small. Perhaps HMRC should be directing their efforts pursuing more meaningful cases. 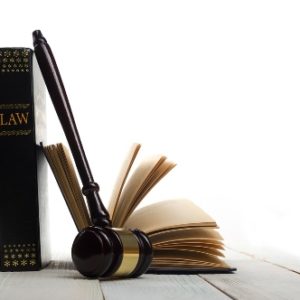 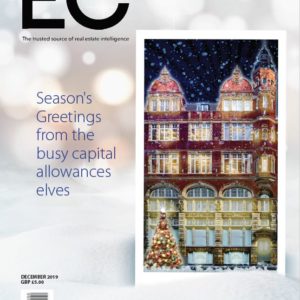 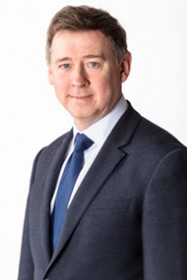 Capital Allowances Article: How to Handle the Structures and Buildings Allowance