The structures above must pass regulatory compliance with radiation shielding, containment and seismic qualification. Therefore these structures were considered more expensive and well beyond conventional health and safety requirements and building regulations.

The FTT found, following the conditions set out in Capital Allowances Act 2001 (CAA 2001) that the Kiln Facility and Condenser Facility functions as plant and therefore qualify as capital allowances. However, they disallowed Cylinder Handling Facility, Vaporisation Facility and Uranium Oxide Store on the basis that these are considered to be setting on which a trade is carried on and not plant.

Background of the Development

Urenco has been involved in the processing of enrichment of uranium for nuclear fuel production. During Urenco’s uranium enrichment process, depleted uranium hexafluoride (Tails) is made as a by-product. Tails are radioactive, highly corrosive, toxic and unstable material that needed to be “deconverted” for it to be chemically stable and easily stored on site and / or even destroyed safely. The TMF is constructed to be able to carry out this deconversion process. Prior to TMF being constructed, the Tails were managed and stored on site and also sent to France to be deconverted. The disputed expenditures form part of the TMF development.

Whether the assets function as plant

As there is no statutory definition of plant, the FTT considered relevant cases in deciding whether the disputed items function as plant and if expenditure is on the provision of plant and machinery.  It was unclear from the outset whether the disputed items were just structures which are merely the setting ‘in which’ a trade is carried on or a structure which constitutes the apparatus ‘with which’ the trade is carried on.

One of the notable case that the appellant placed particular reliance on was the Wangaratta Woollen Mills Ltd v Federal Comr of Taxation (High Court of Australia, HHi1969) 119 CLR 1 noting that expenditure on the dyehouse was allowed because it was seen as a functioning assets and not merely the setting in which the trade was carried on with the exclusion of external walls which only served as protection from the elements.

The FTT found that kiln facility and the condenser facility structures function as plant. The KF holds the equipment at specific levels to take advantage of gravity in the process of deconversion and in the packing of uranium oxide. The CF provides structural support and is necessary for the condenser to make in useable. Both KF and CF perform a function as plant whereas other structures are mere settings in which plant and machinery functions and therefore not plant. Various plinths were also considered as expenditure on the provision of plant.

The FTT did not agree that the Wangaratta case should apply in this case as the structure’s purpose is to house the plant and machinery and not considered as essential for the efficient operation of the actual processing of Tails.

Whether any expenditure is on the provision of a building

The FTT also considered whether assets are excluded from capital allowances under CAA 2001 S21 (Buildings). Whilst certain items are expressly stated to be included in the term ‘building’, there are no binding authorities as to what constitutes a building for the purposes of S21.

The Appellant defined the term building as something flexible. It argued that it must be defined within its particular context and against the relevant statutory background. They contend it is a building if it performs a typical function of a building which is to provide shelter and security to persons or things contained within it. Therefore, in this case, as structures are not needed to fulfil the ordinary functions of a building and are designed and constructed with different objectives in mind, these are not considered buildings under S21.

While the FTT is satisfied that the disputed expenditure is expenditure are buildings, it can still be considered eligible for capital allowances if this is saved by:  machinery (Item 1), manufacturing or processing equipment (item 4) and /or alteration of land for the purpose only of installing plant and machinery (Item 22) – all under CAA 2001 S23 List C.

The Appellant argued that legislation for these items are expenditure on the provision of plant and machinery which should incorporate the cost of installation. It argued, it is more akin to plinths where these were considered eligible expenditure for capital allowances.

To be able to fall within item 22, it has to satisfy that it must be on the “alteration of land” and must be for the purpose only of installing plant and machinery.

There has been difference of opinion as to how land is defined to satisfy the first requirement.

The Appellant contended that land for the purposes of S23 is defined as including buildings and other structures as per Schedule 1 Interpretations Act 1978. This was contrary to the definition of land which was expressly defined in S22 and S24 as defined excluding buildings and other structures. Therefore, constructing a building on land is equivalent to an alteration of that land. They also argued that even if land does not include buildings, at least foundations should be considered as alteration of land.

The Respondent contended that it would not be sensible to consider constructing a building and regard as alteration of land as S22. Otherwise S21 would have been undermined and any building would be saved by List C. Also, they contended that there would be no more requirement for S25 (Building alterations connected with installation of plant or machinery) if land is defined to include buildings.

As regards to the second criteria i.e. for the purpose only of installing plant and machinery, the Appellant submitted that the disputed assets were designed and constructed solely with a view to enable the installation and safe operation of the TMF.

The FTT did not accept the Appellant’s view. They considered assets as premises which housed the plant and machinery rather than part of the installation purpose.

The tribunal acknowledged that whilst structures are considered buildings, the kiln facility and the condenser facility were considered to function as plant. In absence of a clear definition of what constitutes plant together with reliance on case laws, it is expected that various cases will come forward of civil engineering nature in order to resolve any issues relating to capital allowances.

This case is being appealed to Upper Tribunal.

Another recent civil engineering case (HMRC v SSE Generation Limited [2019] UKUT 0332 (TCC))was appealed at the Upper Tribunal. The appeal is largely in favour of the tax payer and is likely to be used as a precedent in the appeal of this Urenco case.

The full FTT decision can be found here: 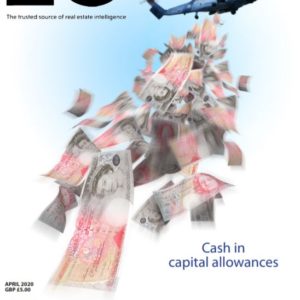 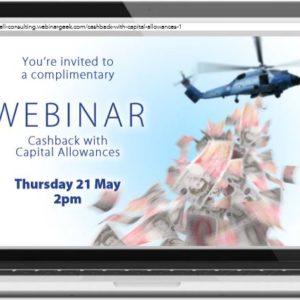